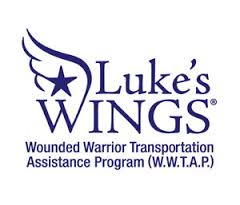 In December 2014, TDF partnered with Luke’s Wings.  We have since contributed a total of $20,000 for flights.  Their Mission is to bring together veterans and wounded warriors that otherwise would not be able to be with their friends and family in their time of need.

We participated in their “Making Sure No Soldier Spends the Holidays Alone” program in December 2014.

We have done more than 10 flights including bringing a daughter to surprise her Dad at Walter Reed for her first birthday. https://www.facebook.com/TDFoundation/posts/789601404426748

Some other examples from Christmas 2014 include:

“We flew a wounded Marine Gunnery Sergeant at Walter Reed with severe PTSD and TBI to be home with his 3 children in San Diego, California. He felt his young children were too young to fly unaccompanied as he is divorced so we quickly processed his flight request home. His flight totaled $605.

We processed the flight for a child of an injured Army Sergeant stationed at Walter Reed. His child from a previous relationship will be coming up for a week on the 27th for 5 days and he couldn’t be happier about it. That flight totaled $711; a holiday gift we couldn’t give without the generosity of TD Foundation.

We were pleased to also be able to book a flight for a wounded Army Sergeant also attached to Walter Reed to fly home to be with his 1 year old daughter for Christmas. While he was only approved to go home for 4 days because of his treatment plan, he is home in Tennessee with her right now and will be able to watch her open gifts tomorrow morning. His flight totaled $550.

Additionally, we were able to fly home a wounded Army Staff Sergeant recovering at Walter Reed to Syracuse, New York, where he was reunited with his wife and 6 and 17 year old children. His wife called and left me a tearful message letting me know how excited their kids were that their father would be home for the holidays. His flight totaled $575.”