Browse: Home / About Us

TD Foundation is a 100% volunteer organization that provides aid to children of wounded warriors and fallen heroes. We help American Veterans’ families in crisis.

Much of our work is through a network of smaller, grass-roots charities with missions aligned with ours. We basically fill the gaps left by government programs, VA, and other charities. It is everything from a couple hundred dollars for school supplies, to a tablet for a boy with a reading disability, a refrigerator, to $15K to cover mortgage payments and keep a family in their home. It varies from truck repairs and overdue bills in collection to a new bed that lifts for a soldier with TBI. Read our Success Stories.

Code of Support provides essential and critical one-on-one assistance to struggling service members, veterans and their families with the most complex needs.

Luke’s Wings provides families with the means to visit during the service member’s hospitalization and rehabilitation.

Wounded Veteran Family Care (Quality of Life Foundation) focus on meeting quality of life needs of family members so they can continue to focus on their hero’s recovery.

The organization is non-political. Regardless of how people feel about war, one thing is true for all of us – we do not want to see innocent children suffer. It is a truly tragic thing when the most innocent and needy are suffering. Many people frustrated with war want to find ways to make a difference, or do something – ANYTHING. TDF provides an extremely valuable opportunity for all of us to make a true difference – a direct, specific, and tangible difference – in the lives of young children effected by war.

Our Story and History:

Our story begins with a return from a typical business trip in early October 2005. Tom Deierlein, a West Point graduate and former Airborne Ranger was activated in late 2005 and recalled to active duty military service after 12 years in the inactive reserves. There was a Western Union Telegram waiting on his door. He had thirty days to report.

After 5 months of training and waiting at Ft Jackson and Ft Bragg, Tom deployed to Baghdad in April of 2006. He was assigned as the Civil Affairs Officer for Sadr City. While deployed as a Civil Affairs Officer focused on reconstruction and economic development, he reviewed the terrible conditions in Sadr City, a slum of 2.3 million people in East Baghdad, Iraq. There he worked with his friends, family and digital media professionals back in US to start getting humanitarian aid to children in Baghdad. Everything from clothes, shoes, school supplies, toys and vitamins. This was the unofficial start of TD Foundation. 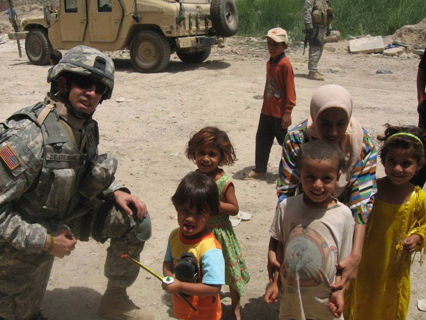 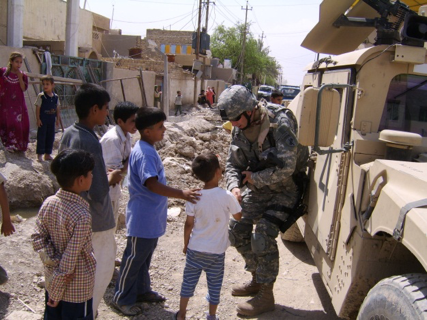 In September of 2006, during Operation Together Forward II, the attempt to re-secure Baghdad, Tom was shot and critically wounded by a sniper while he was out protecting local contractors who were attacked. Tom spent the next 8 months in the hospital at Walter Reed and Spinal Cord Polytrauma Unit at the Tampa VA; first recuperating and then learning to walk again. 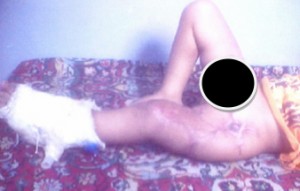 But while he lay in the hospital two important things took place. First, Sean Finnegan, Bill Flatley, and Paul Bremer, digital advertising executives, took the lead and officially started the Foundation in New York City with a fund raising kick-off event at the Forbes Gallery in NYC in November 2006. Meanwhile, back in Baghdad, Bill Billeter, Tom’s friend, took over his team and continued to finish something Tom had started. He pressed to get a young boy named Abdullah out West to repair his shattered leg. The young boy had been hit been hit a stray RPG (rocket propelled grenade). This innocent boy was caught in the cross fire and there were no qualified medical personnel to operate on him in Baghdad, or Iraq for that matter.

Bill made the right connections with military and civilian doctors and with the help of “Jaguar 6” Phil McIntire the ArchAngel Company Commander – they arranged for Abdullah to get treatment at the University of Michigan. The funds from the Forbes event paid for the travel and any treatment costs not covered by the hospital. This was also our first introduction to Marikay Satryano, who at the time was an Army Staff Sergeant working at the Jordanian Embassy. She made all the paperwork and logistics happen. Today Marikay is the glue that brings and holds together many of the people and organizations we work with.

In May 2007, Tom, now a Purple Heart and Bronze Star recipient, officially and finally retired from the Army and returned to New York City.

From 2007-2012 TD Foundation became official and certified by the IRS. Initially our efforts were focused on helping innocent children caught up in the war zones in Iraq and Afghanistan.

Over those five years we shipped $140,000+ of school supplies, $50,000+ of medical supplies, $20,000+ in vitamins, hundreds of boxes of donated clothes and toys, and funded more than 50 life surgeries including severe burns, orthopedic reconstructions, and heart repairs.

In 2011 through 2012, we started to see a decline in troops deployed to both zones and even harder logistics challenges shipping aid to foreign countries. Simultaneously, we started to hear about the many challenges military families were having right here in the US. The plight was the same – innocent children impacted by war. Even though there were many organizations and charities focused on helping wounded warriors and gold star families – we saw and gap and still saw a need we could fill. So, we pivoted our efforts and our mission to needy children right here in the U.S. 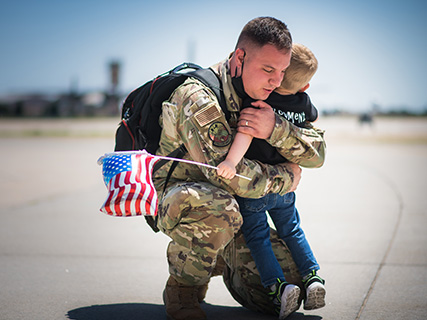 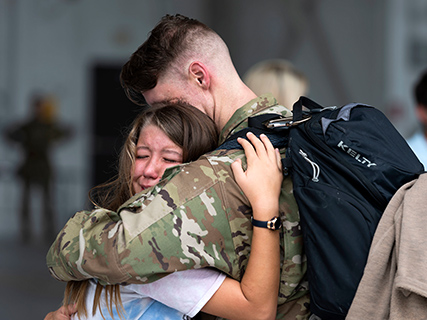 In 2018 we received the prestigious United States Special Operations Command (USSOCOM) Patriot Award, a Commander’s Special Award and the highest award USSOCOM can bestow on non-profits and their representatives. 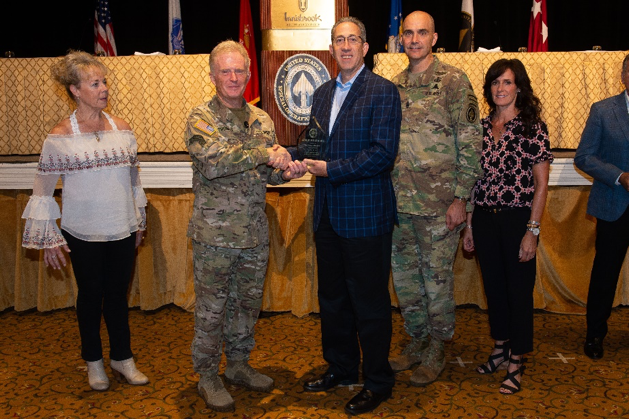 As of 2019 we average somewhere around 75 families we help each year at a cost about $2,000 each. We do a lot of mortgage and rents to prevent families from becoming homeless, utilities, car repairs, but also cover a lot of medical expenses rejected by military or veteran health insurance programs. We cover what others don’t – and we do it quickly without a ton of red tape, often getting aid to families the same day or within 24 hours. It can also be non-urgent things like moving costs, summer camp, sports equipment and uniforms, dance lessons, school supplies, tuition, or retreat centers like The Station or Boulder Crest or Gold Star Teen Adventures. Sadly, it also includes funeral costs. 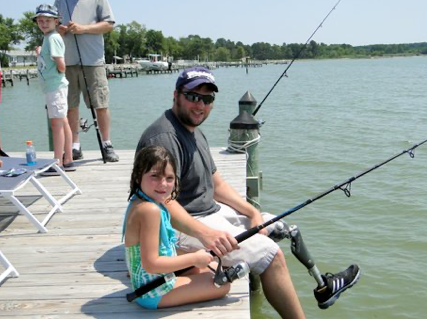 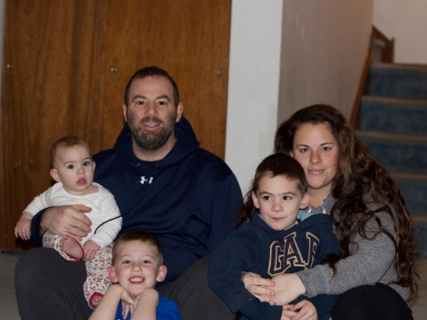